The Museum recently fielded a query from Mary at the St. Mary’s Museum.  They have a photograph in their collection of young children on a wagon loaded with pumpkins.  On the side of the wagon, prominently, it says “The Jackson.”

The photo can be viewed online at: http://images.ourontario.ca/stmarys/57253/data?n=6.

Mary wanted to know if this was a Jackson wagon made in St. George or an American model made in Jackson, Michigan….

Our trusted President, Cliff Jones, came to the rescue and produced a scan of the Jackson Wagon Company catalogue, circa 1924, “ST. GEORGE, ONT.,”which has a drawing of a similar wagon with the same prominent wording on the side. 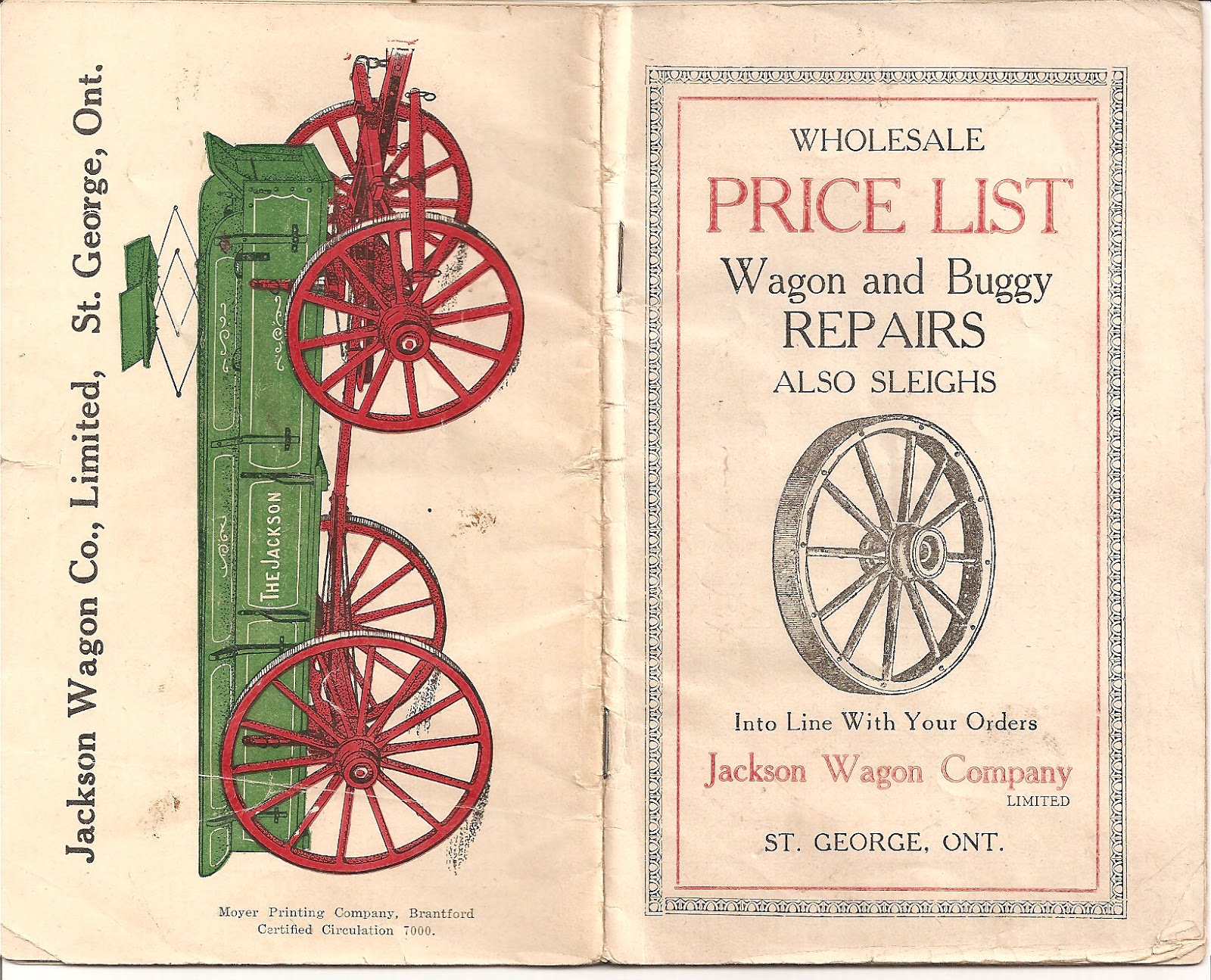 Great job, Cliff – and thanks to Christine MacArthur at the County of Brant Public Library for passing along the query to us.