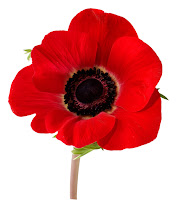 Tonight on TVO a documentary revisits the First World War – this time from above.  The productions puts together rarely-seen historical footage and photographs to give a new perspective on the war – and the destruction it inflicted on European towns and the countrysides.

Present day footage is also used to update the story and show the scars that remain on the landscape.

The First World War From Above airs tonight (Monday, November 28th) at 10 pm and repeats Thursday, December 1st at Midnight, on TVO – cable 2.

Here is the BBC description of the program:

The story of the Great War told from a unique new aerial perspective. Featuring two remarkable historical finds, including a piece of archive footage filmed from an airship in summer 1919, capturing the trenches and battlefields in a way that’s rarely been seen before. Also features aerial photographs taken by First World War pilots – developed for the first time in over ninety years – that show not only the devastation inflicted during the fighting, but also quirks and human stories visible only from above. Presented by Fergal Keane.